Some of my top ten moments are missing photos, so I’m going to draw beautiful pictures in your mind of what went down, with my sexy sexy words.

Here is a summary of the highlights of the last 7 months:

I suppose it’s not that dissimilar to an English cinema experience but I just love going to the cinema. The benefits of going in Russia is that it’s about half the price, no one checks your bags so you can take muchos beer bottles in with you AND you get to watch Ryan Reynolds playing Ryan Reynolds… I mean, Deadpool… Dubbed over in Russian. Who wouldn’t want to do that?

Well, not exactly. Like I didn’t sit there… Waiting. It was pretty cold back in November. But this was one of the most magical things to see; the river, a moving body of water, was half frozen during my first week and just a month later… Solid. And covered in deep, deep snow. And many, many paw prints. Bears or wolves, you decide.

#8 A Night at the Theatre

I’m a big lover of live performances and I knew I needed to see a show at one of the two theatres we have in Tyumen. Lyuda and I chose to visit an interpretive dance show called ‘guilty’ which showcased the incredible talent of the dance troupe Europe “Европа.”

The theatre is pretty on the inside, has a small bar area to enjoy a couple of drinks before the show, and would have been perfect for pictures if I hadn’t been running late that day.

I had a mini taster of what drinking vodka was all about, around Christmas time when I was at a staff party… At a cabin… In the woods… In Siberia. As we stood in the knee deep snow, next to the frozen lake with the faint sound of karaoke seeping out from the cabin, we knocked back a couple of ice cold shots and chased them down with marinated tomatoes.

The real event took place last Friday and these are the rules:

I wrestled with myself over this because I hated the thought of seeing any questionable animal acts. Growing up in England it’s become second nature to shun most things that involve animals for entertainment but as I watched (and thankfully there were very few animal acts) I realised that only one or two acts made me feel uncomfortable. And actually I’d say most of the spectators around me felt that way too. So maybe the animal acts are much less popular than they used to be here… It’s a start anyway, I guess.

The rest of the show was outstanding, with death defying stunts performed on motorbikes, girls hanging from chains attached to the ceiling (by only their teeth I might add) AND just enough slapstick comedy to make you giggle like a child. Remember the popcorn… They’re quite long shows with a full interval and the opportunity to have your picture taken with some of the acts.

For weeks Ksenia and I were asking each other if we had any idea where the moose were and if they were ever coming back. And yes, it is actually as confusing as it sounds.

There is a moose farm. The moose are pets. But for some reason, they’re allowed to bugger off into the woods to forage for berries or something and so when we decided we NEEDED to see the moose they weren’t available.

We did go in the end, when one moose returned. We drove for a very healthy length of time for said moose to turn her nose up at the posh rye bread I bought her to eat. However, even given that she ran away from my love like most things do, I had a fantastic day peeing in the woods and kneeling in dog poop mud. 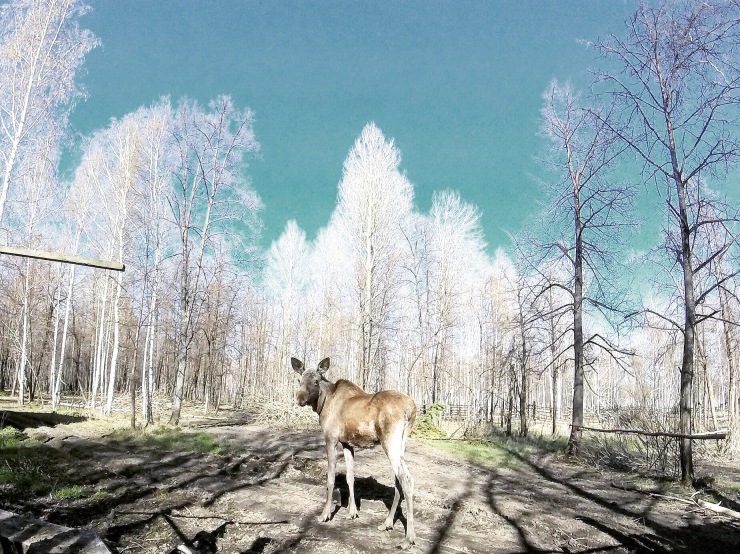 Yes, you read that correctly. Cheesecake sledding. You can read all about it here.

Again, I’ve written another nice big post about how I enjoy being beaten with sticks on this page right here.

I love Colour Boulevard. Why? Because I’ve never been anywhere else where this much entertainment is packed into one promenade. Fair rides, swan boats, fountains, restaurants, coffee shops, circus, animators, market stalls, ponies AND McDonald’s? Damn, Tyumen.

And my most treasured memory?

#1 Singing on Karaoke… In Russian

I can’t sing. And I can’t speak Russian. So obviously this was bound to be something I’ll remember for a life time. Our friend was getting married in a week and so we celebrated her bachelorette party at a karaoke bar/restaurant.

Here, I was cursed to grumble one particular song on a loop in my head for the remainder of my days on earth.

If I had to tell you just one thing that I’ve learnt during my time in Russia, it’s that karaoke is a serious sport and it is imperative that you get stuck in. 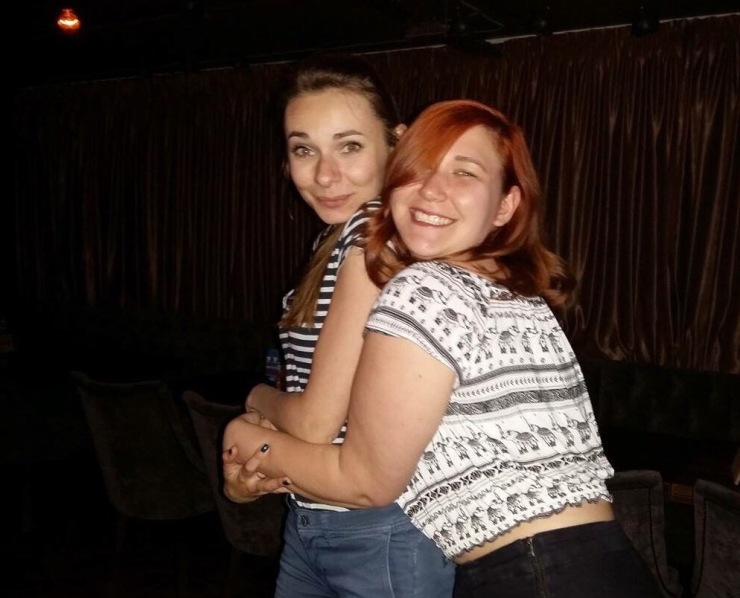 4 thoughts on “My Top 10 Tyumenskiy Highlights (and some things you’ll probably want to see too)… Tyumen, Russia”