It’s been a month already guys! On 30th August 2016 I began my mammoth journey to China. It took about 2 days (factoring in the time differences), 2 planes, 1 bus and 2 taxis. It also included a hotel stay in Tianjin where I enjoyed all you can eat beef noodles for breakfast.

Once again, during the journey I made friends, and I was reminded of the uncanny way in which I always seem to find help when I need it. Oh, and I also experienced mega nose bleeds throughout the full 48 hours of travel… Tianjin Airlines seems to have a particularly harsh air conditioning system that blew out hot, dry air relentlessly.

Side note: don’t wear crop tops to travel in. Please learn from my mistakes.

Since then I have experienced (quite unexpectedly, I might add) some serious lows, brought on by frustrations with work, my actual surroundings and the general attitude towards foreigners here. And I’m not even talking about the locals… 80% of the time, it’s the other foreigners that make you feel unwelcome.

And I know I’m not the only newcomer to feel this way, following an extreme bitching session had over pints of Tsingtao.

Thankfully, each day there is at least one thing that makes me feel positive about my upcoming year in China. Yesterday, it was Jenny from the bus; a 9 year old who was so desperate to talk to me that she hung over the back of my seat grinning like the Cheshire Cat, brandishing her new shiny red purse in my face (but her favourite colour is pink. She told me so). The day before that? An older guy that walked 20 minutes out of his way just to show us how to reach the temple on the hill.


Occasionally, little old ladies that look like Chinese versions of my Nan, pull up beside me on their three wheel E-Bikes to ask if I’m American.

I am not American. I am English.

This is usually followed by an exchange in which the lady can’t hear me and continues to shout měiguó rén at me, while I awkwardly repeat yīngguó rén at varying volumes, until the traffic lights change and she rides off into the sunset on her trike.

Weeks one and two, seen out in Huzhou, doing not much more than completing compulsory office hours, were boring and quite frankly disappointing. I lived in a shared apartment, overlooking more apartments, in an apartment complex which although was very nice, seemed to be nowhere near anything of any value. And the complex swimming pool had already been shut in preparation for winter. Despite it still be 30C outside.

I decided quite early on that moving (and preferably moving to a single apartment) was a step in the right direction to making me feel more at home here.

Unfortunately, my job had other plans. And for the last two weeks of September I was sent to live and train in Hangzhou. The apartment they gave me was no less than an 75 minute bus ride away from the school I was training in. Which had it been in Huzhou, might have been bearable, but due to Hangzhou’s elephantine population, I found myself packed in like a sardine and arriving at work dripping with sweat. Every. Single. Day.


I decided not to stay in Hangzhou for the first few days of the October Chinese joliday, as G20 had recently put Hangzhou on the map and I was warned that busy areas like West Lake were just about to get busier. Instead, I headed home to the comforts of my ‘village city.’
I viewed a new apartment with my absolutely fabulous, Chinese speaking friend and snapped it up. The apartment is huge for one person and I suppose could be considered Western style? For the peeps out there wondering what your accommodation will be like when you move to China, here’s a little example of what 1500CNY can get you a month. 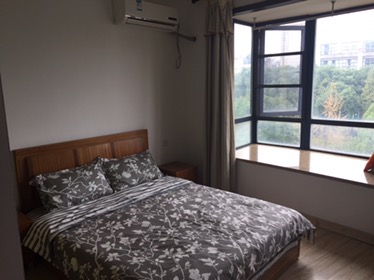 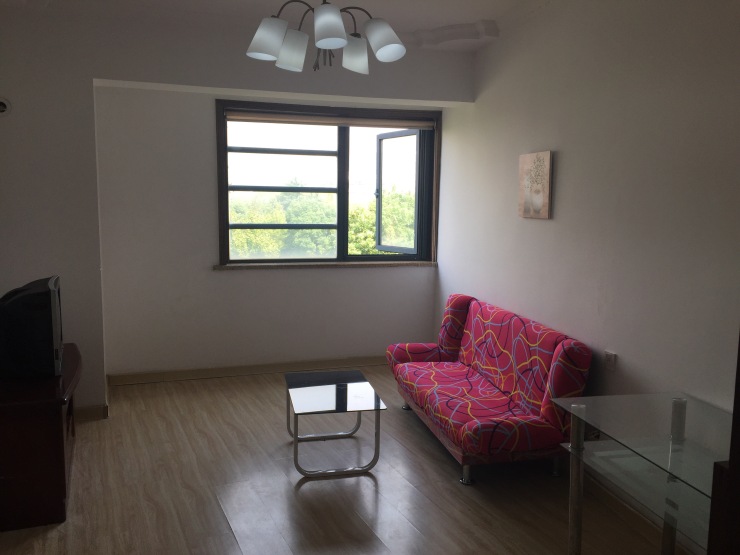 Amongst all of the chaos, I’ve managed to throw myself into intensive language learning. I usually spend 10 minutes on Russian and 20 minutes on Mandarin Chinese per day. Unfortunately, the people here speak fluent farmer and I still can’t understand a bloody word they’re saying.

Talking of farmers, these are the free range chickens that hang out outside my new apartment. 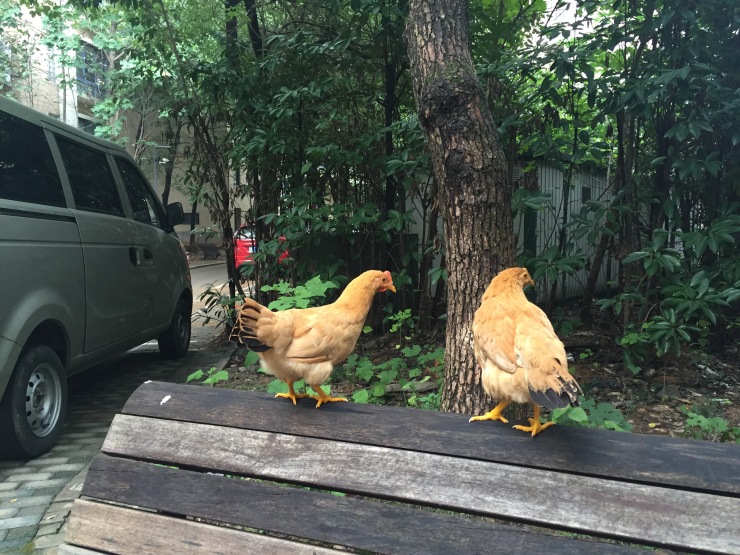 And that’s just a little monthly summary of life here in the land of E-Bikes. I’ll write again about October’s antics at the end of the month so keep your eyes peeled. If you’d like more regular updates follow along on Facebook, Twitter or Instagram 😀